The University of Iowa relies on steam to supply heat throughout its campus and generate some of its power. To produce steam, the university uses several types of boilers. One of these, Boiler 10, was originally coal-fired. In 2017, in support of its goal of becoming coal-free by 2025, the university transitioned to burning Convergen fuel pellets in Boiler 10. This solid fuel is made of pre-consumer paper and plastic industrial waste; using it in Boiler 10 not only eliminates the boiler’s use of coal as a fuel, but also reduces the amount of plastic going to landfills. However, the fuel pellets have different combustion properties than coal. Because they produce less heavy ash, they heat the grates at the bottom of the boiler to a higher temperature than coal did previously. As a result, the grates began to fail.

ENGIE, the systems operator for the University of Iowa Energy Collaborative, identified the need to replace the grates through communication with the boiler manufacturer. The manufacturer visited the university for observation and inspection of the grating system and recommended replacing the original carbon steel grate materials with high-silicon molybdenum alternatives designed to withstand higher temperatures. This project will replace those parts so that Boiler 10 remains reliable even as it burns the fuel pellets rather than coal.

The Energy Collaborative worked with university administrators to build consensus on the project’s prioritization. Since the initiative received approval, the Energy Collaborative has been responsible for funding the grate replacement and procuring parts. When all equipment is ready to go, ENGIE will manage installation from start to finish.

Ultimately, by improving the long-term reliability of Boiler 10, this project enables the collaborative to keep its commitment to provide uninterrupted utility service throughout the campus.

Learn more about the University of Iowa Energy Collaborative’s works in progress.
Check back here often as projects progress and new projects are added. 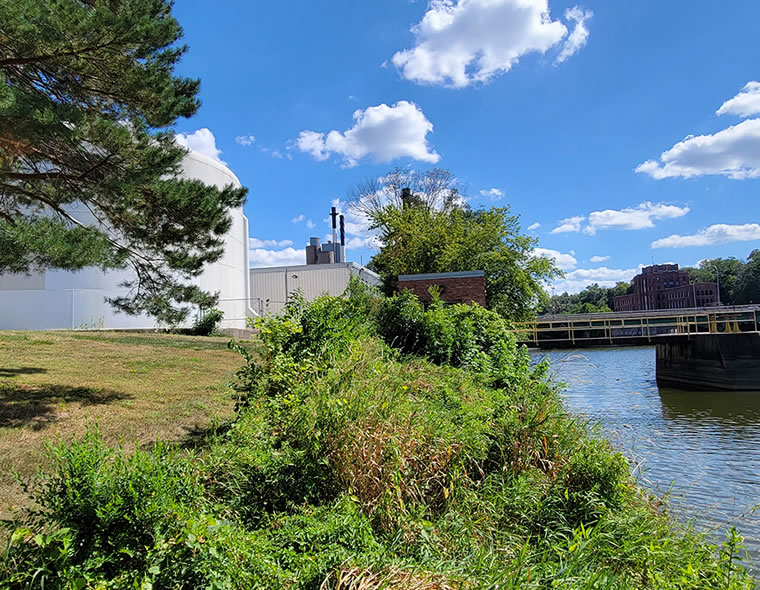 To ensure the efficient, sustainable, and safe operation of UI’s potable water treatment plant, the Energy Collaborative will replace the water intake structure and piping. Careful attention has been paid to protect endangered species habitat and to enhance the aesthetic appeal of the riverside structure.